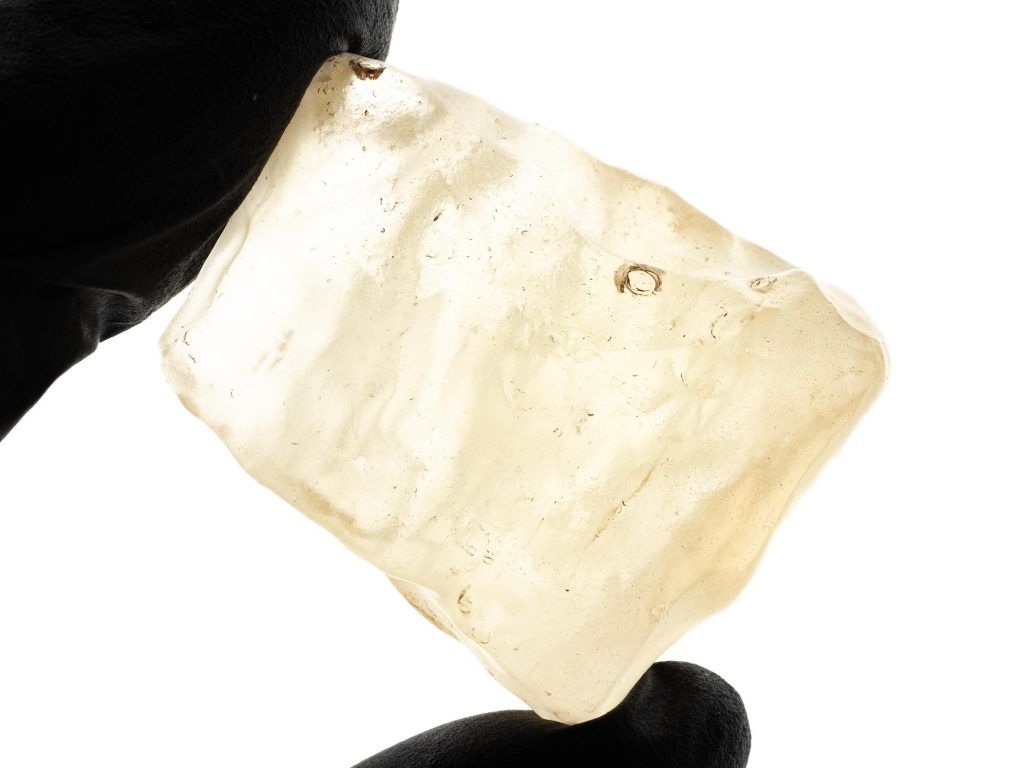 Libyan Desert Glass (LDG) are mysterious, honey-colored glass fragments that lie on the majestic sand dunes in western Egypt. The region was discovered in 1932 and is relatively inaccessible to human beings. Despite the challenges presented by the jagged desert landscape, the area has seen at least 10 expeditions since 1932.

The origin of these glasses was, for a long time, considered a mystery; scientists estimated that they formed approximately 29 million years ago and there were two main formation hypotheses to explain their existence. One was that a massive meteorite impact caused the silica in the sand to melt and another pointed to melting by a large atmospheric airburst, which occurs when meteors explode in the atmosphere.

Research on the origin of these glasses is difficult because little remains of whatever it was that caused the melting in the first place. However, scientists have found evidence of a mineral called reidite, which only forms during a meteorite impact. More importantly, this mineral does not form during airbursts. Zircon grains, which are commonly found on Earth, the Moon, Mars, and various meteorites, were found in LDG specimens. These grains, smaller than the width of a single human hair, are what preserve evidence of former reidite.

The composition of LDG is rather astonishing; it’s almost completely pure silica. In an article titled “The Riddle of the Sands,” Giles Wright says that it’s the purest natural silica glass ever found. Some pieces of LDG display small, opaque, spherical inclusions of a silica polymorph called cristobalite.  Its presence in these curious glasses indicates that at one time, the source rock had been heated to temperatures of at least 2822°F (1550°C). Other inclusions have been found in LDG, and scientists study these to attempt to piece together how, exactly, the glasses formed and under what conditions.

Libyan Desert Glass is now difficult to obtain, due to the inaccessibility of the region where they are found and restrictions imposed by the Egyptian government that, in most cases, prohibit the removal of the material from the site. Aerolite Meteorites is fortunate enough to have pieces of the mystical glasses in stock, obtained legally, that display fascinating inclusions, shapes formed by years have the wind and sand swept over them, and in rare cases, marvelous translucency. View our available catalog here.

← The Seymchan Meteorite
What Are Tektites? →