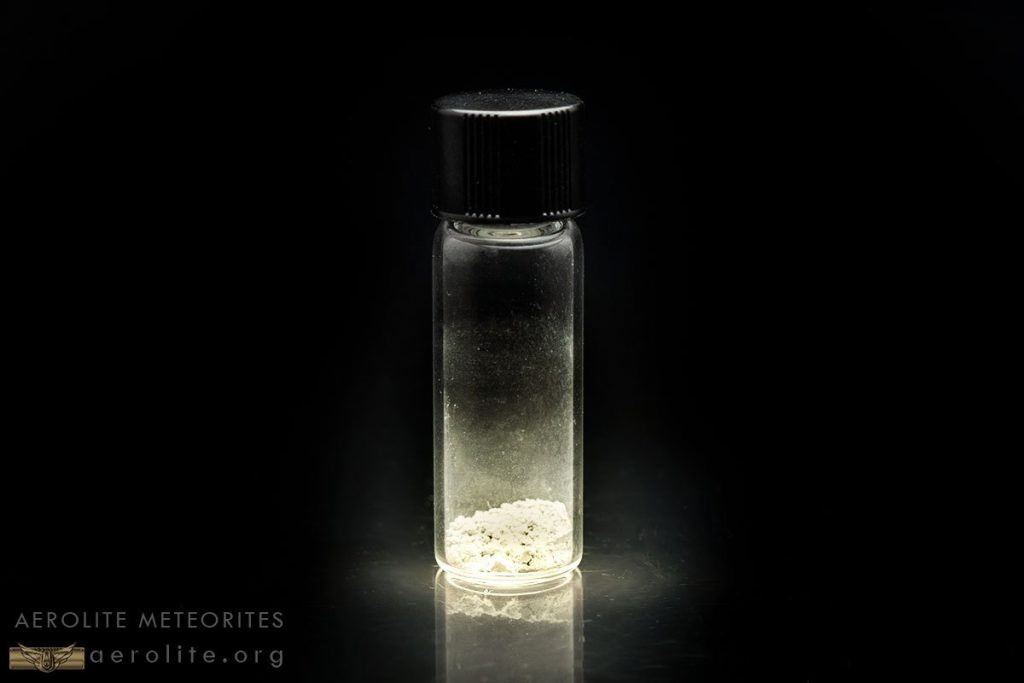 Where to Buy Mars Meteorite Dust?

If you’ve seen The Martian, you might recall scenes where astronaut Mark Watney treks through the Martian surface, kicking up fine red dust as he goes. Dust from other planets is particularly interesting to scientists, as it’s relatively easy to collect – as far as taking samples from another planet goes – and contains a wealth of information we can use to better understand the planets in our solar system.

The first spacecraft to land on the Martian surface and sample its soil was Viking 1, which used a robotic arm and a special biological laboratory to characterize conditions on Mars. Researchers estimate that meteorites from Mars are between the ages of 4.5 billion to 200 million years old. By comparison, the Earth is approximately 4.5 billion years old, which means some of these meteorites are as old as our very own planet.

Not only are these rocks incredibly ancient, but the journey that they’ve taken to get here is also a perilous one. Few meteorites survive their passage through Earth’s atmosphere, and fewer still are ever recovered by human beings. Meteorites land indiscriminately, and many have fallen in our oceans or in remote areas where they are either unreachable or have been destroyed by the elements. Of the rocks that are successfully recovered, only a small percentage are positively identified as meteorites, let alone meteorites of Martian origin.

That’s why fewer than 0.01% of all meteorites discovered on Earth come from the Moon or Mars, and why there are so expensive – few materials are so rare and difficult to come by. When meteorites are sliced to reveal their interior, the dust is collected and makes for an affordable and unique collectible item.

The Mars Perseverance rover, which landed on the Red Planet on February 18, 2021, will collect soils and core samples of rocks in its mission to search for “signs of past microbial life.” The rover will also further characterize environmental conditions on Mars, like dust and weather, to prepare for human exploration of Mars in the future.

Though some Martian or lunar meteorite specimens may be very small, they are nonetheless part of our cosmic past and our history. Even the smallest of meteorites is part of a story larger than our own planet’s, and one that dates to the dawn of our solar system. Small meteorite specimens, even Mars dust, gives everyone an opportunity to actually hold and own a piece of outer space and are great as gifts, learning tools, and just for fun.