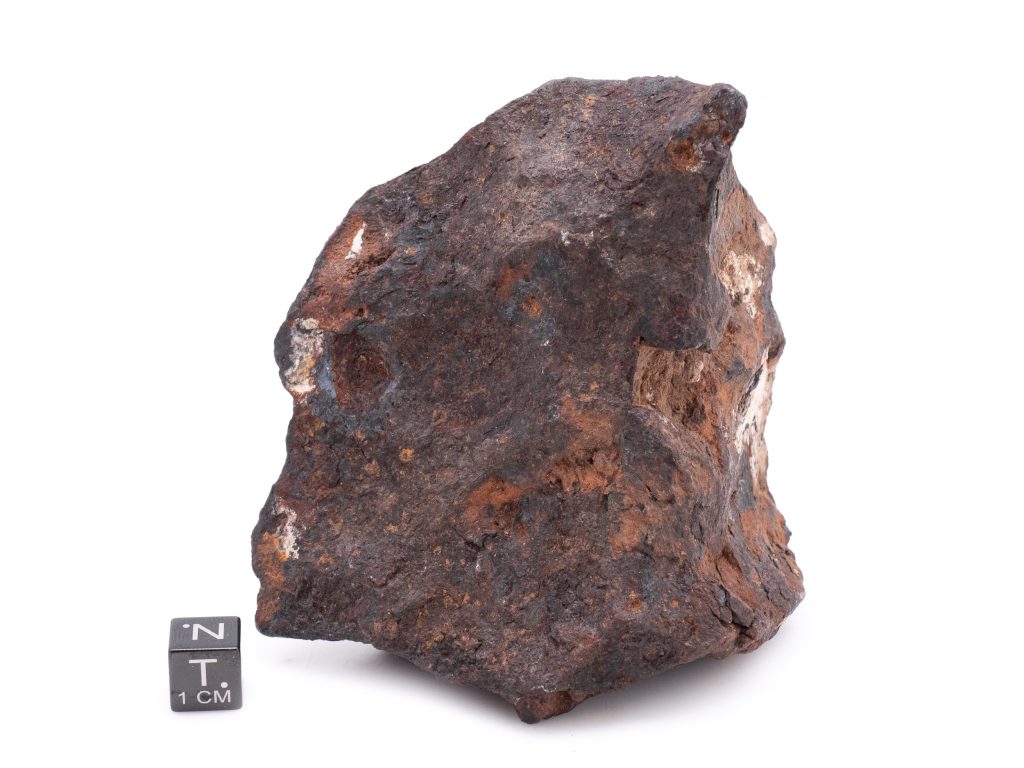 Imagine stumbling across a meteorite crater!

Craters are pretty delicate – like everything else on Earth, they are at the mercy of their environment and many of them have been eroded away by the elements. The Wabar craters, for example, in Saudi Arabia have slowly disappeared over time because the shifting sands have filled them in. Even still, craters are some of the most fascinating geological features on our planet’s surface and new ones are still being discovered today.

In 1892, a rancher looking for a lost calf on horseback had one such experience. He found not only the missing bovine, but he also stumbled upon an odd depression in the landscape, now known to be the Odessa impact crater. Located in West Texas, the crater is now recognized as a National Natural Landmark by the National Park Service. The crater itself is home to species of cactus, sagebrush, and other plants. The rim of the depression is surrounded by fragments of limestone, which stretches for miles in every direction. Beds of brownish sandstone were also found beneath the surface.

As most know, the Odessa crater was verified as a meteorite impact crater when a geologist noticed an odd paperweight sitting on a desk in the office of Odessa’s first mayor, Samuel R. McKinney. The paperweight, McKinney explained, was a rock that had come out of the center of the crater. This rock was later confirmed to be a meteorite by the head curator of the Department of Geology at the United States National Museum, now the National Museum of Natural History at the Smithsonian Institution.

The crater is estimated to be about 63,500 years old. It is no longer as deep as it once was, having been slowly filled by soil and debris eroding its original features. However, the crater remains a popular site and is one of the largest impact craters in the United States. Odessa meteorites are a nickel-iron metal and suspected to have crystallized from a melt. These irons belong to the coarse octahedrite class, which describes the way alloy metals in iron meteorites are structured. Some Odessa meteorites display dark fusion crust, caused by the meteoroid’s flight through the atmosphere.

Odessa meteorites are particularly hard to find; they’re highly collectible and have a fantastic background story. Few, if any, new specimens come out of the craters at Odessa, Texas, which has been all but picked clean by meteorite hunters and their metal detectors. We have not offered Odessa in quite some time, and are more than honored to have such fantastic pieces in our current inventory, which you can view here –> https://aerolite.org/product-category/iron-meteorites/odessa/