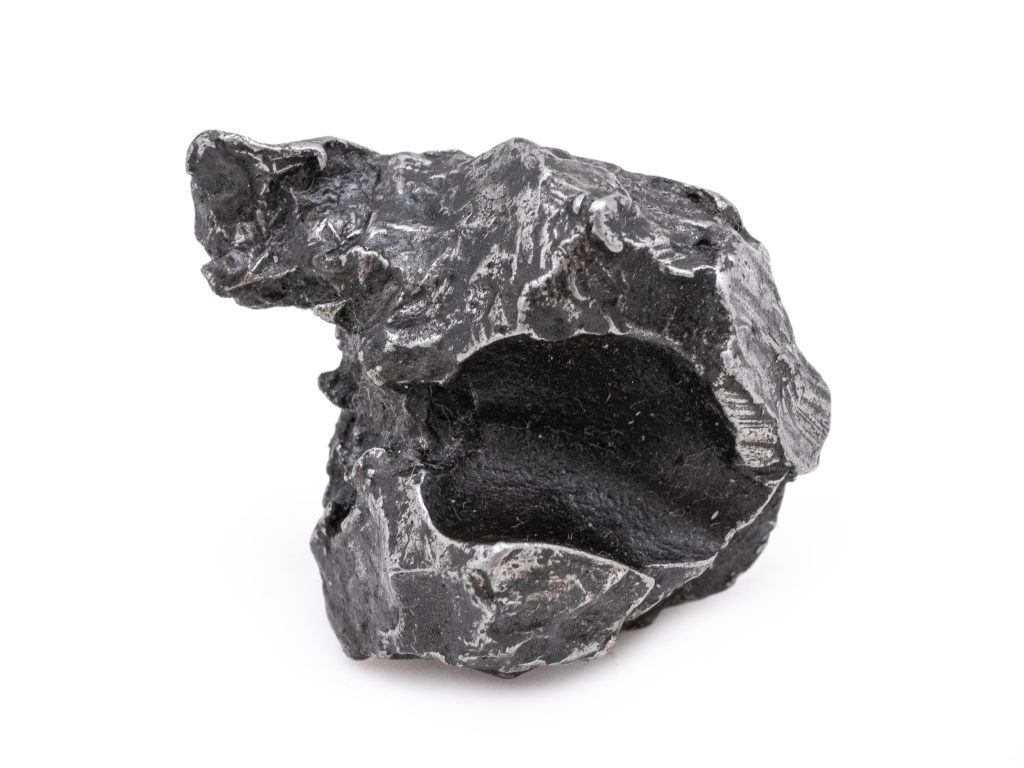 The Sikhote-Alin meteorite fall is one of the largest in recorded history. Scientists estimate that its mass was approximately 220,000 lbs (100,000 kg) before it entered Earth’s atmosphere. Additionally, these massive meteorites left impact craters, some as big as 85 feet across and 20 feet deep.

Shrapnel fragments are special in their own right, too. For instance, because these pieces exploded during flight, they often have a unique, “torn” appearance. Unclean fragment specimens display a rich natural patina, which they acquired during their time on Earth’s surface.

In addition to being a fascinating meteorite, Sikhote-Alin is the name of a mountain range in Russia of cultural and scientific importance. These mountains were the closest geological feature to the place where the meteorites fell. The Sikhote-Alin mountain region was the subject of Vladimir Arsenyev’s 1923 book, Dersu Uzala, which was later adapted into an award-winning film directed by Akira Kurosawa.

Furthermore, UNESCO placed the “Central Sikhote-Alin” on the World Heritage List, as the home of several endangered species, such as the scaly-sided merganser, the Blakiston’s fish-owl, and the Amur tiger.

Sikhote-Alin meteorites are valuable additions to private and institutional collections. For example, a large specimen is displayed at the famous Arthur Ross Hall of Meteorites in the American Museum of Natural History in New York. Other museum-grade pieces are displayed in Moscow, the UK, and in other museum collections across the world.