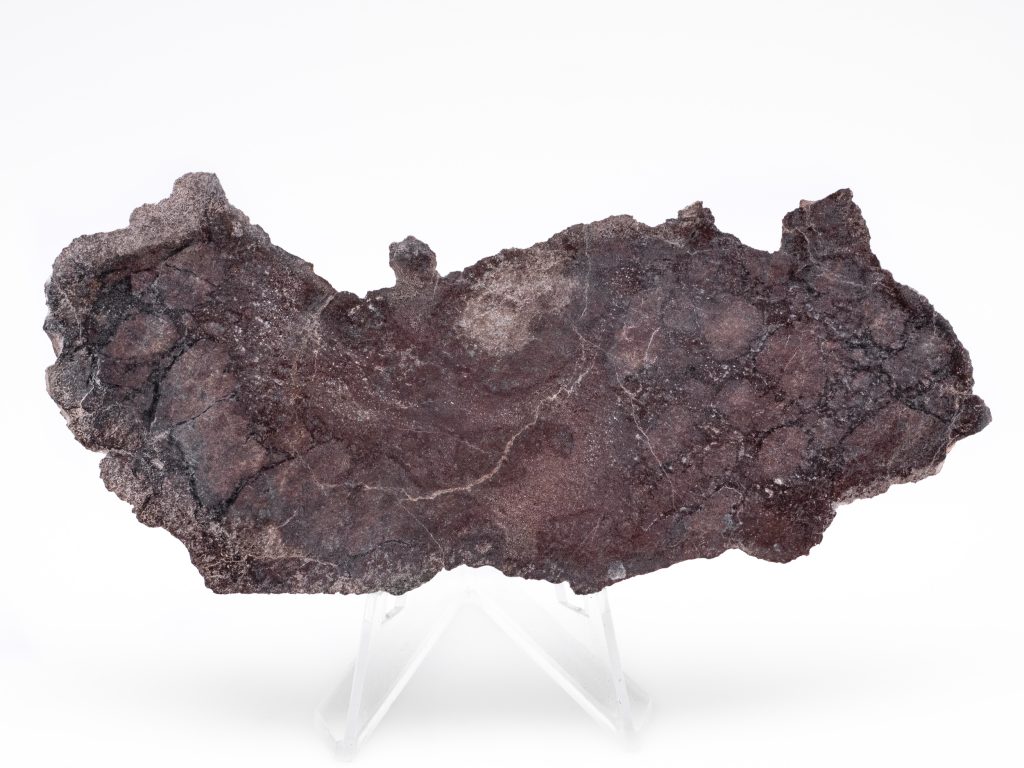 Asteroids are mysterious remnants from the formation of the Solar System, approximately 4.6 billion years ago. One of these asteroids is called Vesta, after the Roman goddess of the hearth and home. Meteorites from asteroid Vesta are referred to as HEDs: howardites, eucrites, and diogenites. Vesta is one of the largest objects in the asteroid belt, which is located somewhere between the orbits of Jupiter and Mars. It’s so large, in fact, it can be seen from Earth.

Vesta was discovered in 1807 by the German astronomer Heinrich Wilhelm Olbers, after whom the lunar crater “Olbers” is named. Olbers put forth the theory that the asteroid belt was composed of leftover material from an ancient planet that had been destroyed. Olbers was also responsible for the discovery of Pallas, which was only the second asteroid to be discovered after Ceres.

Howardites, eucrites, and diogenites are meteorites that have all originated from Vesta. These are fascinating to collectors and scientists because we rarely are able to identify where meteorites come from. To have a known, physical sample from Vesta to study is extremely valuable to planetary scientists. Furthermore, for collectors, having the opportunity to own a piece of a scientifically significant meteorite is exciting.

The meteorites from Vesta we call howardites are regoliths, which means they’re made up of pieces of meteorites that hit Vesta and mixed with rocks on Vesta’s surface. In fact, the word “howardite” derives from Greek words meaning “stone” and “blanket,” referring to rocks found on the surface.

On the other hand, eucrites are basalt, or cooled lava that once flowed on Vesta. They take their name from the Greek word “eukritos,” meaning “easily distinguished.” This refers to their being light in weight and interior. Ecurites are difficult to spot and thus are incredibly rare. Diogenites are also thought to come from lava, but these rocks formed when the lava cooled slowly underground. These meteorites take their name from the Greek philosopher Diogenes of Apollonia, who believed the universe was a living substance and our atmosphere was intelligent and the atmosphere was the source of all being.

WHAT ARE HED METEORITES WORTH?

Meteorites from Vesta are valuable to planetary research. Recently, NASA’s OSIRIS-REx craft found meteorites from Vesta on the surface of asteroid Bennu. Understanding how these rocky worlds formed will ultimately inform what we believe about our early Solar System and the origins of Earth. We didn’t even know what Vesta looked like until NASA’s Dawn spacecraft dropped in on it, and we can look forward to learning much from the HEDs found here on Earth. In the meantime, you can add Vesta to your personal collection.