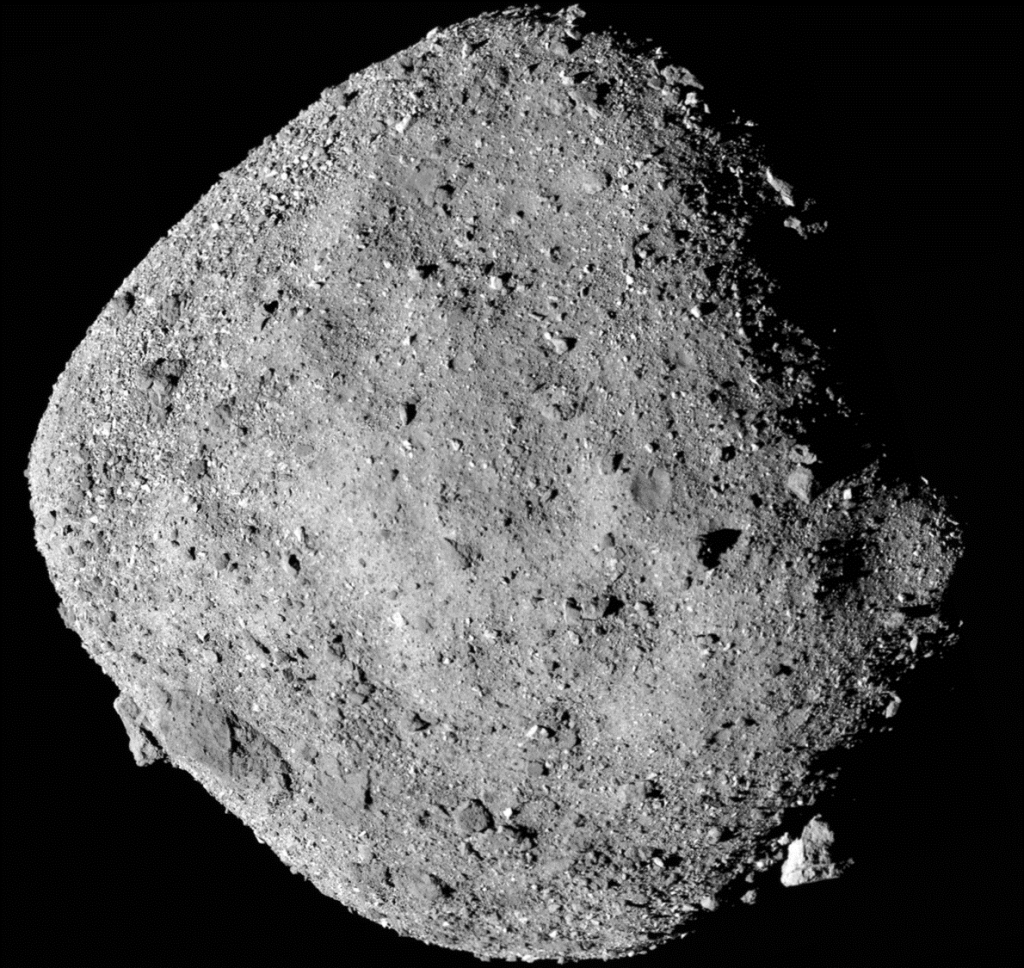 What do we hope to learn from asteroid Bennu?

Incredible things happen in outer space all the time; stars explode, pulsars pump beams of radiation and radio waves into the cosmos, asteroids hurtle into other asteroids and planetary bodies, and supermassive black holes feed on entire galaxies. Most of these things happen without our knowledge or involvement, but on Tuesday, October 20, a small spacecraft named after the Egyptian god of the underworld, Osiris, briefly touched and collected a small sample from an oddly-shaped asteroid, Bunnu.

The asteroid was named after an ancient Egyptian mythological bird-deity by a 9 year-old-boy in a NASA “Name the Asteroid” competition. The Bennu bird is associated with the sun, creation, and rebirth; an appropriate moniker, given that scientists believe that the asteroid is made up of material left over from when the solar system was created.

Why is Bennu Important?

Bennu’s orbit lies somewhere between those of Earth and Mars, one of the reasons the OSIRIS-Rex team chose to study it; it’s classified as a near-Earth asteroid, which means it might one day come too close to Earth for comfort. Amazingly enough, researchers also believe Bennu may have inherited some material from Vesta, another asteroid under heavy study from academics.

Vesta is the second most massive body on the asteroid belt and is even occasionally visible from Earth with the naked eye. Vesta is also one of the only surviving rocky protoplanets, a term that describes matter which is thought to be developing into a planet. Studying asteroids like Bennu and Vesta can reveal valuable information about how planets in our solar system formed, especially Earth. Aside from its connection to Vesta, scientists are also interested in Bennu because it may house organic compounds and wet clays – an indication that Bennu might very closely resemble what primordial Earth looked like.

The sample the OSIRIS-REx spacecraft collected won’t arrive back to Earth until 2023, but the team has mechanisms in place that will enable them to study the sample remotely, primarily to determine how much material they were actually able to collect. There’s a chance the spacecraft didn’t collect a large enough sample or collect anything at all. If that’s the case, then the team will attempt another TAG (touch-and-go) maneuver at a different site.

What Can We Hope to Discover?

Among other things, scientists hope the return sample will contain pieces of rock that match the kind found on Vesta for further study. These rocks, called pyroxene, are Vesta’s signature and are clearly identifiable on Bennu’s surface because of their bright color and physical characteristics. While we haven’t identified any meteorites from Bennu yet, meteorite specialists have identified meteorites they believe to have been pieces of asteroid Vesta. For example, NWA 7831, is primarily composed of a type of pyroxene called orthopyroxene, a green-colored material that occurs in igneous rocks and rare meteorites. This is extremely rare material, and missions like OSIRIS-REx are sure to answer some of the questions we still have about meteorites.

Did you know that you can own meteorites from asteroid Vesta? Aerolite has pieces that start at $25.00. Click here to view available inventory!