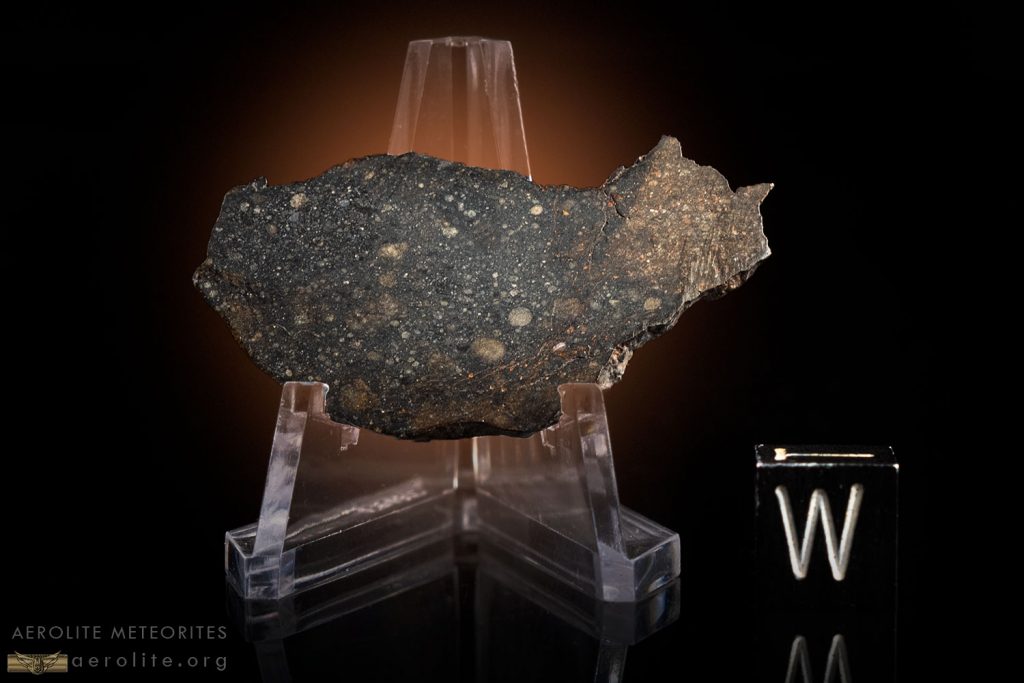 Rumuruti Has It…
Chondrites that are anything but ordinary

Rumuruti-type meteorites take their name from a 1934 witnessed fall; on January 28, a bright light and loud explosion were observed by locals at around 10:43pm. The shower of stones occurred over ¾ of a mile. The samples collected by academics were tested and determined to be chondrites, though they don’t belong to any of the major chondrite classes. They are the first and only documented R chondrite, making them incredibly rare.

Where do rumuruti meteorites come from?

Scientists believe these meteorites may have come from the parent asteroid’s regolith, which refers to the blanket of loose deposits that sit over solid rocks. As such, they have a dusty matrix that cements together fragments of broken rock and mineral inclusions. Though the exact age of this material has yet to be determined, researchers believe the collision event may have occurred somewhere between 15 and 25 million years ago.

To that end, meteorites that fall under this class of chondrites are quite rare and offer a lot to collectors and scientists. For collectors, slices of rumuruti meteorites, like Northwest Africa 11304, are unique and introduce variety to an existing collection; these slices have fabulous interiors, with brightly-colored chondrules.

On the other hand, for scientists, the introduction of a new meteorite class offers new opportunities to reconsider what other meteorites are classified as, like the LaPaz Icefield 04840 meteorite. For academics, rumuruti chondrites are valuable because they contain a new kind of “building block” called sulfide chondrules that are leftover from the dawn of the solar system. These sulfur-rich chondrules contain data on a mysterious area in the “protoplanetary disk,” from which the planets in our solar system came.

Further understanding of this region and how gases were distributed in the early solar system is key to the study of so-called primitive bodies and will affect plans for future exploration. Missions like OSIRIS-REx aim to further these goals.

To view our available stock of rumuruti meteorites, click here!